Cereal Mascot Ratings (with a nod to Lore Sjoberg) 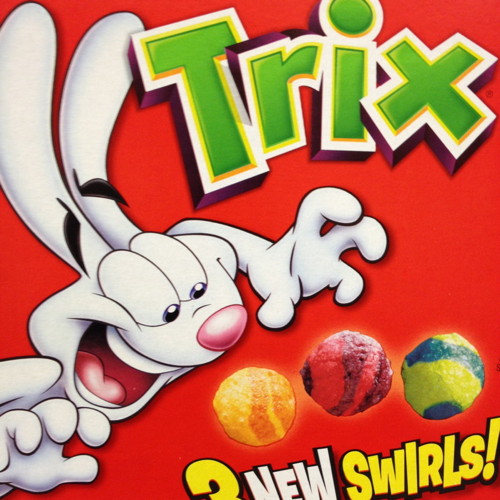 Trix Rabbit is a classic. Nice character, if you can overlook that bit of psychotic and obsessive zeal. Still, a smooth cartoon design that lends itself to nice packaging. B+ An alien, which fits with the cereal name, but a rather odd and disjointed design. Not a pleasing color scheme either. Adds up to a rather chaotic package but at least it's themed. Though I think they missed an opportunity to make his eyes line up with the O's in the name. C 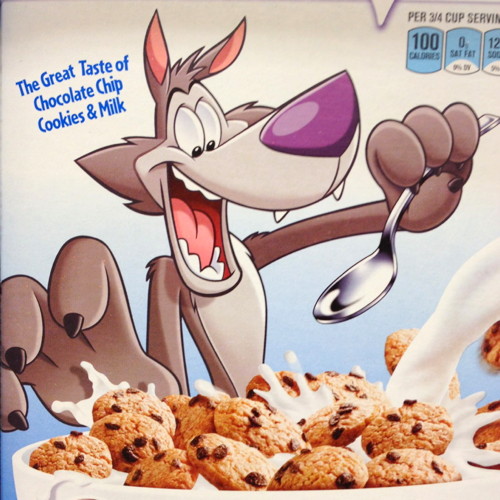 Check this guy out! What a cute wolf! Who wouldn't want to have breakfast with this guy? Excellent (relatively) new character for Cookie Crisp. (Now if I only liked the cereal...) Cute, furry, lovable. A+ 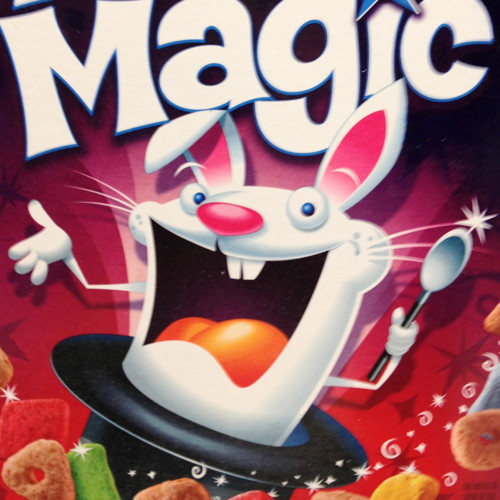 WTF. Seriously, look at that... W. T. F. How could you take one of the cutest animals in nature and produce this? Huge gaping mouth with orange tongue (?) and incisors floating vaguely back under the sinuses. Little stick arms and huge neck-head and tiny cheeks? Ye gods, I don't want to look at that over breakfast. Urg. D-
Collapse