A collection of good/bad updates:

The weekend before last, I went with Tim to see the Lego movie. It's been a long time since I went to the movies with him -- I think the Muppet Movie was the last trip.

This movie, I have to say, was way better than I expected. Great writing, good performances, and really impressive animation considering everything is rendered in little virtual plastic bricks.

And the title song, "Everything is Awesome," is an amazing earworm. The director has said they deliberately wanted something insipid yet irresistible and wrote that into the script. The music delivers. I'm almost embarrassed to admit it's a lot like the sort of music I often listen to at work. So this has been added to the rotation. 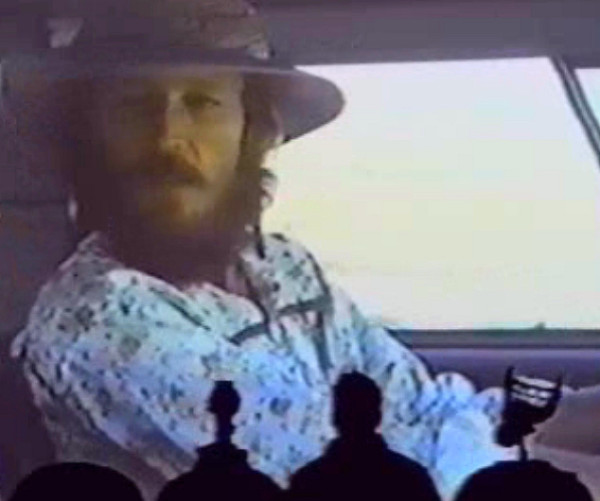 I was rewatching an MST3K episode, "Laserblast," and felt inspired to share this. It always makes me giggle. (This is from the original movie not the added commentary.) It's the only good thing in the movie. Really. This 30 seconds is the only entertaining bit.

This is a cameo character driving around in a Volkswagon microbus that is an amazing stoner hippie stereotype. And he gets the following entirely unmotivated speech. Honestly, the camera cuts to him and a second later he just starts spouting:

There I was, thirty thousand feet straight up, in a field of frozen yo-yos and the string broke. I didn't falter. Just kept on goin', man. I knew. I knew Nirvana was straight around the corner. I turned the corner and ran smack into Betty Crocker. She was runnin' across the sky yelling, "You never outgrow your need for milk!" I looked at her and said, "Baby, you're something else." Far out, man, y'know what I mean?

Words to live by, surely. 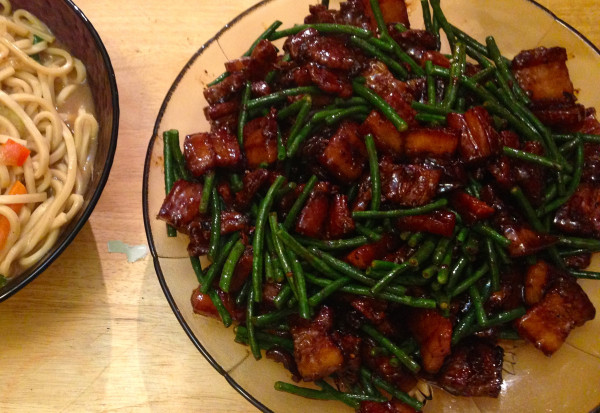 Been doing a little cooking as time permits. I practiced Sichuan twice-cooked pork belly, a luxurious and delicious (and not overly healthy) dish. The version shown in the pic is mixed with long beans.

I did some more homemade raviolis with Tim, this time with mozarella and romano filling.

I also made a (slightly adapted) recipe from MasterChef AU. These are friands, a sort of light almond muffin. Delicious, not hard to make, and I highly recommend 'em. Give this recipe a try! 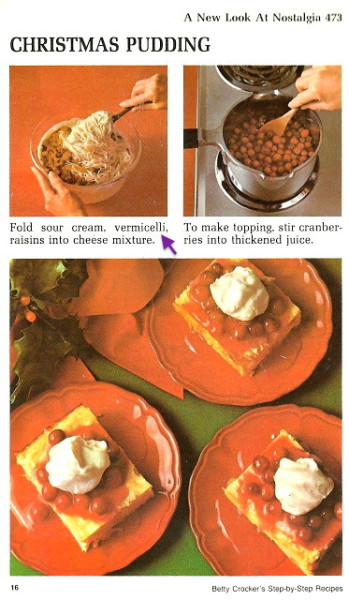 Part of my fascination with food includes a love of old recipes. Fitting in with the SCA, I do like some very old recipes. But I am particularly intrigued by American cuisine in the 40's, 50's, and 60's. It was an amazing transition through scrimping war effort, abundance, mass produced and formulated fads, to a strange foreign-in-name-only genre. Plus aspics and molded salads everywhere. I don't object to a nice sweet fruit mold but... they got weird.

So I love going through sites that detail recipes. Ones with snarky commentary appeal to my MSTie side too.

This is a recipe card I came across recently on the Bad and Ugly of Retro Food blog that deserves special mention. It's Christmas "Pudding". Because when I think about traditional puddings, I don't have to tell you that "vermicelli" is the next word to leap to mind!

If you'd like a more serious take on American food of the 40's, though, I recommend the book Grandma's Wartime Kitchen.
Collapse