I've been in the furry fandom for over 20 years now. Wow. Let's indulge in a quick look back for the sake of nostalgia and regretfully cementing my graymuzzle status.

Like many, I feel that I was "furry" before I found the organized community. I grew up on cartoons (TMNT! Like, the first time around, dude.) and found animal characters fascinating. Then in my first year in college I found alt.fan.furry on Usenet in late '93 or early '94. A discussion there got me interested with the costuming aspect. (IIRC, the first posts I saw on costuming were from Flinthoof, Lance, and Robert King.) 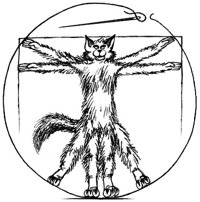 I joined the fursuit list run by Robert. This is sometime in spring '94 and when I consider I really "joined" the fandom. I later designed these buttons for the members which were printed and assembled by Cheetah.

Through that group's help, I made my first fursuit, Widge the Rat. This is circa '96. 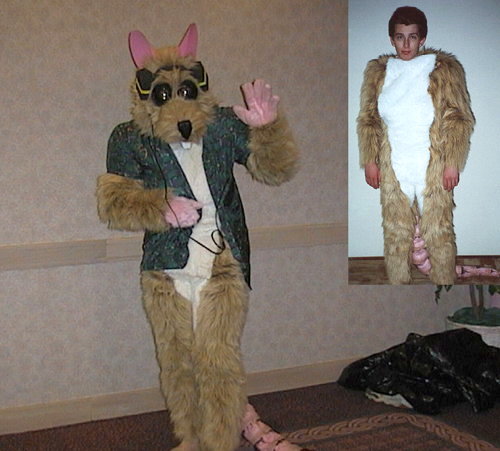 Here's a photo from my first ever public fursuit outing. It was to a local park. (Which is just down the street from where Trey now lives! It's next to what was nicknamed the Furry Arms apartments.) Did this guerrilla suiting run with Porsupah. I was hooked! 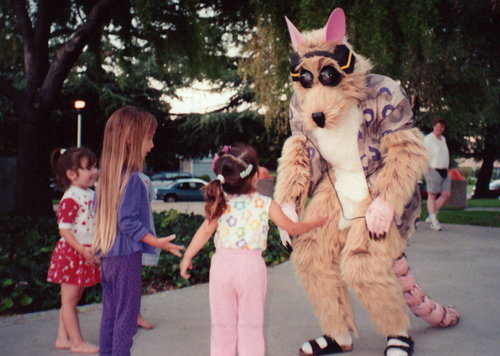 I met Kit, now my wife, while in college. I introduced her to the fandom and we both joined FurryMUCK. Besides being fun roleplaying and meeting a fine pack of wolves (among others), the muck saved us from running up huge long distance phone bills while we were in different states over the summer. 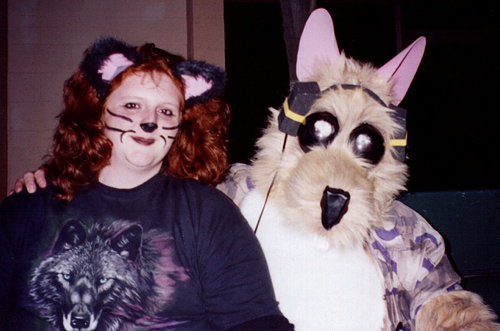 I went on to "write the book" on fursuiting, literally, with support from my friends. Chairo and Dark Fang and Trey in Yippee's Polka Dog got cover spots. It's still available on Amazon. And thanks to Jerry and Davina on the publishing side for making that happen! 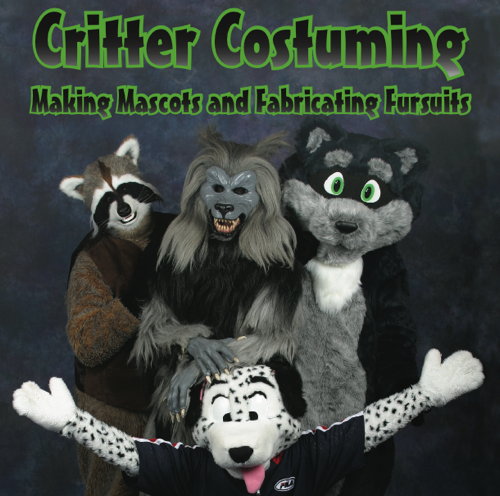 Over the years since, I've met so many wonderful folks through furry! Including a number of fellow rodent fans. Here's a little group shot from FC -- I'm Remy, on the right. (Thanks to Madius for organizing that and making the banner.) 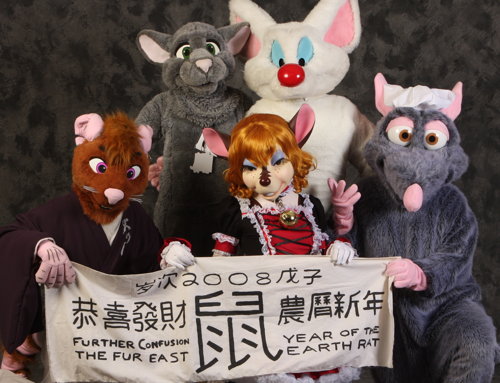 A few years back I passed the point where I'd spent more than half my life as part of the furry community. And I'm thankful for all the kind-hearted open-minded and endlessly-creative friends. Folks who aren't afraid to celebrate the wonder of imagination and furry fun. 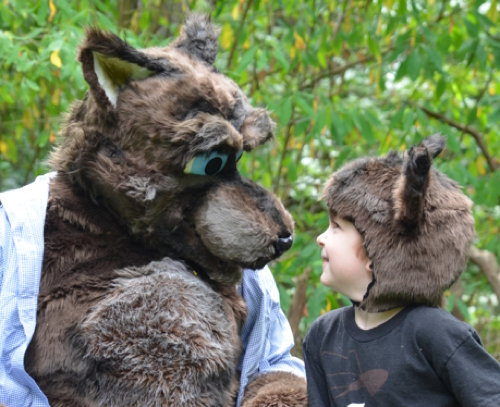