I got a chance to see Zootopia with my family this past weekend. [No spoilers below, don’t worry.] This is a movie that I’ve been looking forward to since the first trailers. I am delighted and relieved to say that it lived up to expectations!

What’s interesting to me is how deeply “furry” this movie is — not just that it literally features funny animals. One of the trailers had a line about Zootopia being a “city like you’ve never seen before” and I always had to add under my breath “…unless you’re a furry.” There’s so much there which echoes what we’ve seen in fandom creations.

Plus, c’mon, check out those sexy tiger dancers in the music video. Does that seem more “Disney animation” or “furry art pinup”? ;)


There are many elements in the world design that echo things well-established in furry fiction and art — of course you have differently sized doors. Yeah, you have different suburbs and cultural enclaves for some different zoological families. Transportation and climate control get tricky.

Two furry adaptations which I didn’t notice — I’ve only seen the movie once and will look for when I rewatch it — were whether there were any meat-based foods and whether chair backs had any special modifications. The movie intro clearly tried to set the food problem aside. The chairs looked standard… Have you ever tried to sit in a straight-backed chair with a tail? Ugh.

What was most resonant for me were the movie’s themes of seeing past prejudice and pursuing your dreams. These are like central beliefs of furry fandom. Species is a useful lens to approach a thorny topic like bigotry and race. I was still surprised to see it tackled so head-on in a Disney film. The scene where Nick felt the sheep’s wool was uncomfortable (yet it could safely go over the heads of kids) in a way I didn’t expect.

We saw prejudices exposed in so many of the characters and used in such an integral way to their arcs that it made for a powerful message. All while still keeping the film a comedy! But the Avenue Q song “Everyone’s a Little Bit Racist” would almost be at home in this movie.

Yet the film’s actual theme song, “Try Everything,” hewed to the other message about following your dreams and overcoming other people’s preconceptions. That sort of self-definition is both a theme in furry and a literal part of the fandom. We create our fursonas and art as a way to recreate ourselves, to show others glimpses of our self-image.

As a fandom, we are generally very accepting of those who are different or marginalized. We like to welcome everyone with hugs. There are exceptions and I don’t want to pretend that we’re perfect or without prejudice, yet I’m proud to see so many in the fandom deliberately trying to be open and inclusive.

Some Syrian refugees — people who have been through so much and become a political football — were put up at the same hotel where a furry convention was happening. Furries and fursuiters made them welcome and gave out lots of hugs. How many people do you think have hugged refugee strangers? Maybe we can’t solve the world’s big problems but we try to help in our little way. That is something special.

There were also a few online articles about Disney reaching out to furry fans. Before those articles, I had received an email from the marketing group promoting the film and it seems legit. It’s not like Disney doesn’t know who furries are or that many of us are “rabid fans” of some of their films. I believe they are perfectly aware that Zootopia is a (more mainstream) take on the same thing we’ve all been collaboratively creating for years where you move beyond just cartoon characters and sight gags to imagining a practical and lived-in world for anthropomorphic people.

Furry fandom involves this sort of consensual fantasy where we see the world through our creative filters. This film felt like a larger view through the same filter. On reflection, I suspect that’s why the city immediately felt so “comfortable” to me. Furries are familiar with places that look like this.

In conclusion, I hope you enjoy Zootopia, at whatever level. It’s still a terrific and sharply-written comedy and I wouldn’t take that away from it. Also, in this writeup, I’ve made many generalized statements about furry which you should take with a grain of salt. I can’t “speak for the fandom” more than anyone else. This is just how I see things.

For me, at least, Zootopia feels like a place I’ve been living in for years. See you downtown! 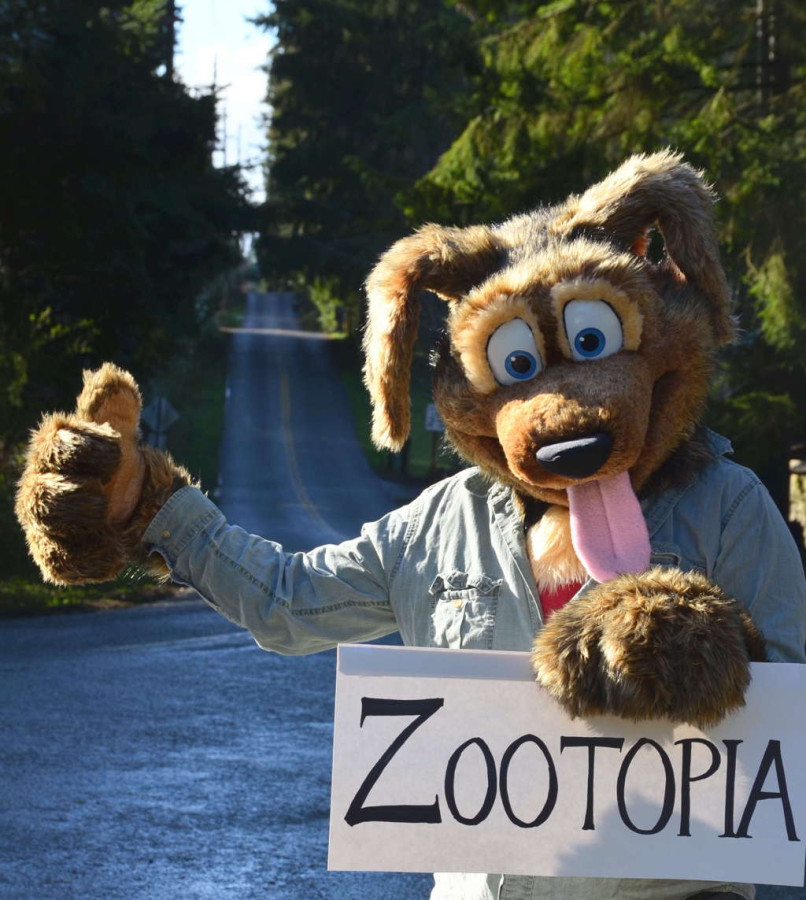